Ok, first there’s a technical term in the vow. Pushkaram – let’s define that. 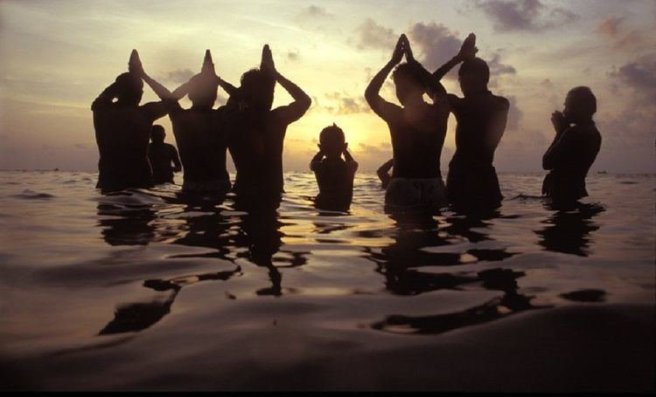 Pushkaram in it’s bare sense is a river festival. Rivers in India, and in most other ancient civilizations of the world are worshipped as the embodiment of a life giving and cradling spirit. Ofcourse we always go overboard with our conceptions. No one knows when the attitude of gratitude and befriended living turned into an overzealous superstition. Naturally the river festivals became more and more superstitious.

Or maybe not? I won’t take a scientific approach to rationalize it, but let me use some common sense. India has many rivers and we cant say we’ll just worship one or two, hence they created a formula. A 12 year cycle to worship 12 prominent rivers. And what’s the measure the time? The heavens!

Jupiter is said to take 12 years to make one full circle. So if Jupiter is in Libra now, it will come back to libra next in 12 years. And each year, one river gets a chance, 12 signs of the zodiac, 12 rivers and 12 years. Makes perfect sense. Now I am not going to comment on the spiritual side of the story or the scientific side, because I’m neither a priest nor a scientist. I’m just an experiencer. So I experience. And hence the lofty vow.

Let’s take a few examples to drive this home.

In 2017 when Jupiter moved into Libra, the river Kaveri gets the Pushkaram – It’s river festival.

Next year, the next sign, the next Pushkaram. That is, in 2018 when Jupiter moves into Scorpio, the river Bhima gets the Pushkaram.

Like this, the cycle goes on for years. The hype is not about maintaining this complicated calculation or about anything over religious, but it’s about river cleaning and celebration. Ofcourse some of the Pushkarams like Ganga – also called the Kumbh – river Yamuna and river Godavari attract huge crowds – running into tens of millions – these invariably end up dirtying the river more than purifying it. But hey, it’s a celebration and an opportunity to cleanse ourselves.

Phew! Now let’s get into Kanyamagufa. Oops, sorry it’s another technical term, its actually a mythical place in Micheal Crichton’s 1980 book called Congo. It’s the place of the bones.

In 2018, it was the turn of the river Bhima, which originates in the state of Maharashtra, flows into Karnataka and merges with the river Krishna in Telangana. I decided to go-to a small place – almost a suburb or Pune called Tulapur. 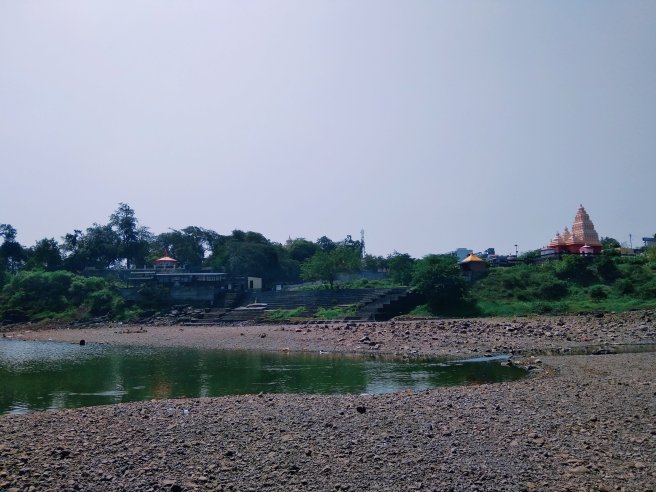 Tulapur is famous because it’s has the tomb of Sambhaji maharaj. He was the eldest son of the great Shivaji Maharaj, the founder of the Maratha Empire. The river Bhima flows through Tulapur and hence I decided to go there to witness the Pushkaram – this was a mistake.

I first paid my respects to Sambhaji Maharaj and cooled down for a while under the shade of a tamarind tree. It was high noon and it was hot. The group of foreigners were turning pink to red to orange. Apart from them there were also students, basically couples who wanted some time quite place to be with each other’s words. And – my favourite, a bunch of old grannys, they must’ve been easily over 70. They all had earthen pots of spiced butter milk that they sold for 10 rupees. They had no teeth, and spoke with me warmly in Marathi, either they were complaining of the heat or of something else, but they just laughed and smiled at me because I was nodding and they figured I wasn’t understanding a word. I said my goodbyes and asked for a photo, the granny declined and so I just paid and left for the river.

There was no Pushkaram, no fairs, no tents, no music, no carnival, no people, nor any water. The place is a meeting point of three Rivers: Bhima, Bhamma and Indrayani. I’m not sure if it was the season or the rivers are going dry everywhere, but Tulapur was dry. I could see shallow streams of water and soft shiny pebbles exposed on the river floor.

I decided to take a walk upstream in search of water, I was actually walking on the river when it happened. I noticed a few pieces of bones. I ignored and walked further upstream. More bones. Some dried flowers and bangles too. Now I was getting suspicious. Is this an old battle ground? Do we have the tomb here because it’s where Sambhaji died? In a battle?

Since there was no carnival there was nothing to experience, and thanks to the discovery of bones, I wasn’t going to take a “holy” dip in the Bhima either. I started walking back downstream towards the steps. The view of the tomb, temple and the tall chimneys made a beautiful frame, I clicked a couple of pictures and continued walking. I sat down at the foot of the stairs on the bank disappointed when I saw the priest, he turned around and asked something in Marathi. But I understood he was asking me if I wanted to perform someone’s last rites. Was I looking that disappointed?

That’s when I understood why there was no carnival or festival at this place. It was a cremation ground. The chimneys were of an incinerator. And the bones were actually mortal remains of dead people cremated in this place. Ouch. Mistake.

I laughed at myself, gave the priest a headache, stood up and walked back to road feeling foolish. Ofcourse I did find a place where the Pushkaram was going on later – but that’s for another day.

Two years later, the pieces of bones on the dried river bed still haunt me. Not because of the dead, but because of what we are doing to our rivers. I wonder what would turn up if all the rivers dried? Bones? Kanyamagufa?